What does the upcoming ‘Merge’ mean for Ethereum? 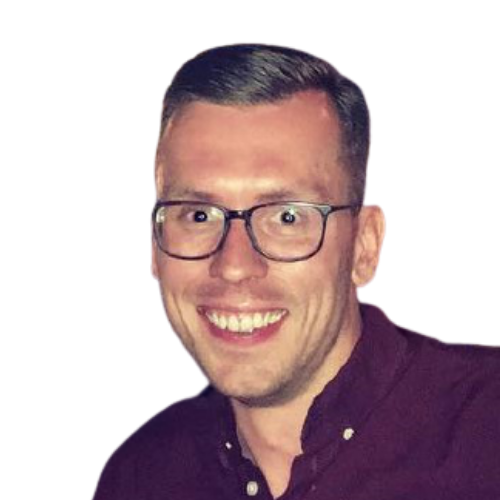 Since its inception in 2015, Ethereum has earned an overwhelmingly positive reputation as a blockchain for everything crypto-related, thanks to its robust infrastructure and longevity within the industry.

Ethereum’s native token, Ether (ETH), sits second in terms of market capitalisation with a valuation of over $170 billion and over $50 billion in assets secured across its expansive Decentralised Finance (DeFi) space.

Now, Ethereum is making the next step in its evolution with ‘The Merge’ – a transition from a proof-of-work (POW) blockchain to proof-of-stake (POS).

What is ‘The Merge’?

‘The Merge’ will see Ethereum move to a proof-of-stake model, making Ethereum mining obsolete and opening the door for a drastic decline in energy usage across the crypto industry. It also introduces yields for Ethereum holders via ‘ETH2.0’ staking.

Currently, these new blocks have to be mined to complete transactions and verify them on the blockchain, meaning that the function is imperative for the blockchain to operate smoothly. Through the transition to a proof-of-stake model, ‘The Merge’ will remove the need to mine Ethereum – which is both time and energy-intensive – to validate transactions and bring more scalability and efficiency to the network.

Today, the Ethereum blockchain continues to be secured using the proof-of-work model whilst a separate network dedicated to scalability runs alongside using proof-of-stake.

The Merge will bring the two together and create a new ‘Mainnet’ running on proof-of-stake – dubbed the Beacon Chain – that can run smart contracts whilst maintaining the full history and the current state of the Ethereum blockchain.

How will ‘The Merge’ change Ethereum?

Firstly, the move to a POS model via the Beacon Chain is speculated to reduce the energy usage from Ethereum by an estimated 99%.

Many in the industry see the overcoming of this ‘excess energy’ stumbling block as the biggest upcoming change to the Ethereum blockchain. It challenges the hardline narrative that cryptocurrencies use too much energy when using a POW model, which has led to an outcry from regulators and crypto-outsiders looking to clamp down and curb its energy usage.

The Ethereum Foundation also claims that The Merge could solve Ethereum’s scalability issues, which have hamstrung the blockchain’s attempts to build a more decentralised world.

Currently, the Ethereum blockchain completes about thirty transactions per second. After the Merge, it’s expected that the number of transactions completed could rise tenfold and beyond.

Additionally, the Merge is set to bring a deflationary model to the blockchain. Ethereum currently uses EIP-1559 to burn a programmed amount of ETH during each transaction made on the blockchain, meaning that the more transactions are completed, the more ETH is burnt daily.

The change to a POS model also introduces lower emissions (the amount produced) of Ethereum, meaning that the amount of Ethereum produced per day could soon be outweighed by the amount burnt – making it a ‘net deflationary’ asset.

On top of the burn mechanism and the deflationary model, more ETH will also be taken out of circulation with the introduction of Ethereum staking, which will use its native token – Ether (ETH) – to validate transactions on the blockchain.

Currently, over 12.5 million Ethereum – which is close to 10% of the current circulating supply – from 70k depositors has already been committed to the staking contract, with more expected to be added when ‘The Merge’ is implemented.

Will ‘The Merge’ reduce gas fees?

Despite the blockchain’s move to a more sustainable, eco-friendly approach, the Merge won’t affect the periodically high transaction fees on Ethereum.

The Merge only changes the consensus layer from POW to POS, which is expected to reduce the blockchain’s energy usage by over 99% and grant better security for Ethereum.

This means that the Merge makes no difference to users, as gas fees are determined by supply and demand on the blockchain.

To put it simply, the transaction fee acts as a type of ‘energy’ on the blockchain, meaning that when there is a high demand on the network, fees are naturally higher as more ‘energy’ is being used to complete the transaction.

When will ‘The Merge’ happen?

The Merge is due to be implemented during the third quarter of 2022 according to the Ethereum Foundation.

Vitalik Buterin, the founder of Ethereum, has recently revealed that if there are no problems with the testing before the launch, the merge “will happen in August”. Buterin added that “there’s always a risk of problems and delays”, proposing that both September and October are possible launch dates too.

Tim Beiko, a member of the Ethereum Foundation, also revealed that The Merge is on track for a mid-September launch in a recent development meeting.

Will ‘The Merge’ affect DeFi and NFTs?

With the rise in popularity of DeFi platforms and the recent explosion of non-fungible tokens (NFTs) driving users in their masses to Ethereum, the blockchain has struggled to maintain a consistent level of stability in recent months.

Users have been plagued by high transaction fees and slower speeds, which has seen some users move to alternative blockchains like Avalanche and Solana seeking a cheaper and faster alternative.

Through the Merge, the blockchain will eventually become more scalable, and over time, be able to handle more network stress with better efficiency. Also, the amount of gas required to complete a transaction may reduce over time as more transactions can be completed faster – perhaps leading to a gradual reduction in fees for users.

Both the scalability and higher throughput of transactions could also make purchasing and minting NFTs cheaper for users, alongside making often-costly interactions with DeFi platforms less expensive over time.

The upcoming ‘Merge’ marks a milestone development in Ethereum’s rich blockchain history, and now looks set to assist the Ethereum Foundation in its mission of dampening existing fears over the blockchain’s energy consumption and its ability to scale to match user demand.

Sean Dickens is a cryptocurrency writer and analyst that brings rich experience in content creation and reporting within the industry, having worked freelance for an array of global clients and reporting on the latest news at Coin Rivet.

Sean has also featured on NFT and Decentralised Finance panels as both a moderator and speaker to provide detailed insights and analysis on cryptocurrencies.