What Is Fractional Reserve Banking? 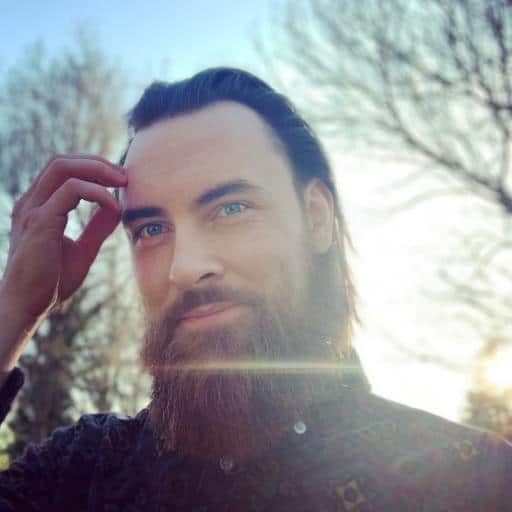 The fractional-reserve banking system sits at the backbone of the modern-day economy. It functions as a debit and interest creation system, designed to grow the economy and increase the lending powers of central banks.

Fractional reserve banking, otherwise referred to as FRB, requires that banks only hold a portion of customer deposits in their reserves, in order to use the remaining funds to make new loans and pay out interest.

This enables banks to invest money that would otherwise sit idle, while earning on the difference between interest they pay out to customers and the interest they charge to borrowers for taking out loans.

In this article, we’ll unpack the fractional-reserve system, how it works, and whether there is a possibility for an alternative.

The fractional-reserve banking system allows banks to grow the supply of money in the economy by making new loans and awarding interest, while also meeting customer withdrawal requests. The reserves are stored within a country’s central bank, smaller-scale banks, or ATMs.

The fractional reserve system was created following the Great Depression. After the stock market crash in 1929, people made more withdrawals than the banks could supply, based on fears surrounding the institution’s insolvency. This is what is known as a “bank run”, which led to the central bank using up their cash reserves to the point of default.

To ensure this issue didn’t happen again, the US government introduced reserve requirements to protect depositor funds from risky investments. Simply put, banks are only required to keep a percentage of the deposits in their cash vault as reserves, and may lend out the rest.

However, this proved to be less than a final solution, as shown by the financial crash of 2007-8 – the effects of which are still evident today.

The reserve requirement is the amount of funds banks must have in their vaults, based on customer deposits. This is set to ensure that banks can meet liabilities if sudden withdrawals occur, just as they did in the Great Depression.

Reserve requirements are one way to influence the monetary supply in the economy. They simultaneously serve the purpose of allowing banks to give out loans to borrowers, and still provide cash to customers who want to make withdrawals.

With currently no indication as to whether the reserve requirement will be implemented again, the US central bank can use the increased liquidity to lend to individuals and businesses. Although, as the country is already witness to, it is this dovish policy stance that has contributed to increased inflation levels, with the US inflation rate now at its highest level in 40 years.

While banks in the United Kingdom have no reserve requirement, they have agreed to keep the minimum reserve ratios of 12.5% and finance houses at least 10%.

Under the fractional-reserve banking system, banks may loan out 90% of the total deposits to other individuals and businesses, while keeping 10% as physical cash in their vaults. However, your account balance shows 100% of those funds when you deposit money – which is, perhaps, a less than truthful representation.

Since the fractional reserve system is designed to grow the amount of money in the economy, the banks use the same lump sum as a deposit and as an investment.

To demonstrate this, imagine you add £1,000 into a new economy.

4. Customer A spends the £900 they borrowed and gives it to a new recipient, Customer B. Customer B deposits £900 into their bank account.

This growth of the total monetary supply is known as the “money multiplier” effect. The bank continues to lend out 90% of its deposits, putting more money into the economy to be spent.

The downsides of fractional reserve banking

The fractional reserve banking system has been shown to successfully stimulates economic growth, but when out of hand, can lead to a frenzy of mass withdrawal that further highlights the issue of non-backed, unallocated currency. What’s more, the system itself depends on the money multiplier effect, which generates a significant amount of debt within the country, and does not necessarily protect those within the economy itself.

A major concern of this particular method of banking is that there is a lack of assets that back the currency in the system. Without the backing of physical commodities or tangible assets, there is a concern that customers will eventually lose confidence in the system, such as in the events of the Great Depression.

The US Banking Act of 1933 set up the Federal Deposit Insurance Corporation (FDIC) due to the catastrophes of the Great Depression. The FDIC provides insurance to protect customer deposits and boost trust in the banking system. However, the FDIC only provides insurance and protection up to a minimal amount, varying year on year, which means that any sum of money over that respective amount is left unprotected.

A full-reserve banking system is one alternative to the fractional reserve system. In this system, banks must keep 100% of all deposits in their vaults at all times. This could cover all bank deposits or only deposits made to checking and savings accounts. If banks are required to keep 100% of the deposits, they cannot lend any cash out.

The higher the reserve requirement, the less cash can be lent out and circulated in the economy. This would mean that the economy would not benefit from the money multiplier effect, as demonstrated above.

However, continuing to rely on the fractional reserve system without question cannot be the answer. Precisely because fiat currency, which backs the fractional reserve system, has no intrinsic value, growth in the economy occurs with only a fractional amount of asset backing. This leaves those transacting in fiat currency, vulnerable to the effects of inflation and further leaves individuals unable to completely rely on the security of their cash deposits.

With interest rates maintaining low levels, leaving money idle in the context of a fractional reserve system may not be the most profitable position for it. Instead, it could be wiser to invest that money, and better yet, ensure that the money is invested into a safe-haven, secure asset.

Investing in precious metals is a prime option for those seeking to save their money effectively, with monetary systems such as Kinesis also offering a competitive yield on stored bullion. In this way, investors can store a portion of their money in gold and silver, outside of the traditional banking system in order to protect their wealth in the long run.